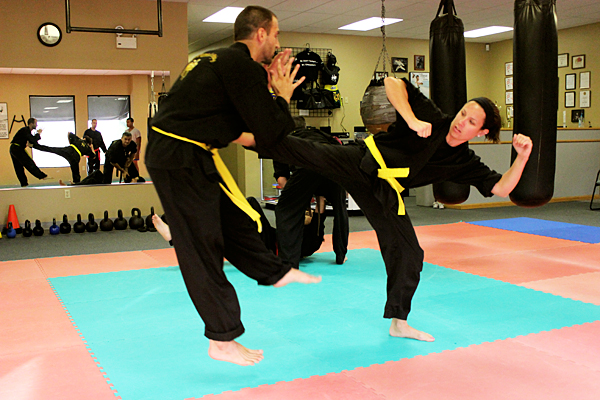 Girls are being encouraged more and more for self-defense training in the present times. Hard to swallow but it is a fact that girls have been an easy target for bad guys since forever. Naturally, women are less strong than man and this has been taken advantage of for several centuries. While child molestation is common in girls and boys the same, it has been observed that teenage girls who are raped or molested are treated more badly. There have been some rape incidents with teenage girls that even a man with strong hard would have hard time hearing.

Self-defense training teaches a student a lot of things. Most believe that it is only about physical training to fight with people who intend to hurt you, but there is much more to it. But it does not have to be forgotten that fighting back when someone attacks is one of the most important parts of this training. Most girls are not able to defend themselves because they don’t know how to fight back with someone if they are attacked. Not to mention, they panic so badly that their minds go blank and they can’t think of doing anything in a bad situation.

Girls have to know that when they are attacked by men, they have to deal with someone who is physically more powerful than them unless there is an exceptional case. However, winning a fight against someone does not require weight and body. It requires technique and if you have the right technique you can take over anyone. This is what self-defense techniques teach you. They teach you how you will react when someone attacks you. They teach you how you will fight with someone who is bigger and more powerful than you.

You are also trained on counterattacking in different situations. Sometimes you are attacked from the back and that’s the most difficult attack to defend. However, with proper self-defense training you are able to tackle anyone who attacks you from the back. There are different self defense techniques that you learn as part of the training. You are told how you will get away if someone locks you in their arms or how you will counter if someone is trying to throw a punch at you. Some techniques tell you how to counter and evade the situation and some teach you how to fight back till the end.

You are given instructions on several weak points that exist in a human’s body. Attacking those points guarantees that someone attacking you or grabbing you will be pushed back. Hitting on these weak points will not only stop the attacker from attacking you but it might throw the attacker on the ground asking for help. Chokeholds and grabs are the most difficult to get rid of and in case of girls who have not received self-defense training, it is nearly impossible to get out of chokeholds. With self-defense techniques you are guaranteed to come out of the grab within seconds.