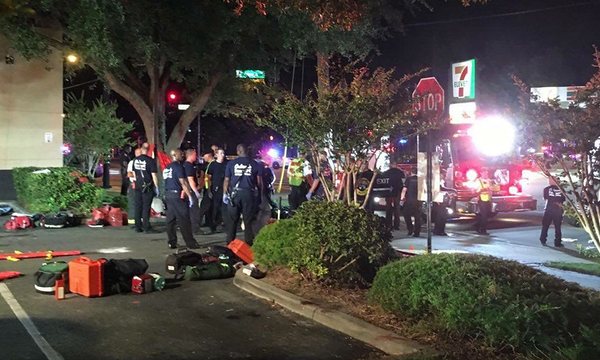 The nightclub attacker, named Mateen, called himself the “Islamic soldier” as per the calls and transcripts received from the police department. He made these claims when he had attacked the nightclub and was in contact with the police on 911. He also made claims about having explosive vests in his possession that he said he would strap the hostages with. FBI has released the transcripts of several calls and conversations that took place between the killer and the police during the siege of the nightclub that spanned over 3 hours.

When talking to the police he said that he did not like the fact that America was bombing Syria and Iraq, and he asked the police to ask American military to stop those attacks. In one call he also said that he had pledged allegiance to the head of ISIS, namely Abu Bark Al-Baghdadi. Mateen was a resident of US but had descended from Afghani family. According to the police his claims were self-made and he had not received any external help from ISIS in his act. While the police and FBI did not want to disclose his calls pertaining to ISIS, they later had to disclose them on public demand.

Police was busy in rescuing the people he had held as hostages but during this time he was constantly making threatening claims. He said that there was a car in which he had fitted the explosives. He also said that he would kill the hostages by strapping them in explosive vests. When the whole act was over and investigation of the area, hostage and his car was done, no such things were found. At one point Mateen claimed that if police did anything stupid he would blow up all the explosives that he had.

A special agent from FBI said that Mateen was very calm while making these statements. He was talking about killing people and blowing things up but he sounded very calm and comfortable. While talking about the explosive vests Mateen had also claimed that he was wearing one himself and said that this particular vest was exactly like the ones that were used in Paris bombings. Speaker Ryan has been very strict against the censorship of the calls. He think Obama Administration should bring the calls to public and not make any attempts to keep the call hidden.

Ryan said that FBI and Obama administration was trying to hide things that were already obvious so their attempts were absurd. According to the FBI the transcripts were edited and this according to Ryan was also preposterous. Ryan said that this person was influenced by IS and everyone in the country understands why he had particularly chosen LGBTs in this attack. Ryan wants the government to bring the transcripts in front of the public in their original form and without any editing. On the other hand, FBI claimed that due to the great criticism on edited transcripts they had now released the unredacted.

This attack has caused a lot of chaos in the country. On the one hand, it has caused the Muslim communities to live under more pressure and on the other hand it has given rise to new talks and debates about gun control. Should public have access to guns like they have right now or not is now the topic that is being discussed. TV shows and programs are now talking just as much about the gun control problem as they are talking about the mass shooting that has just taken place in Orlando’s nightclub.